Since the new Digg Reader came out I have been hugely impressed by the work and attention to details.

My loyalty grew partly because of how responsive Michael Young, its CTO, has been. He responded to my tweets when I least expected it, consistently. This was the surprise factor that brought delight.

Here are two separate occasions when Michael Young responded to me about my RSS frustrations. 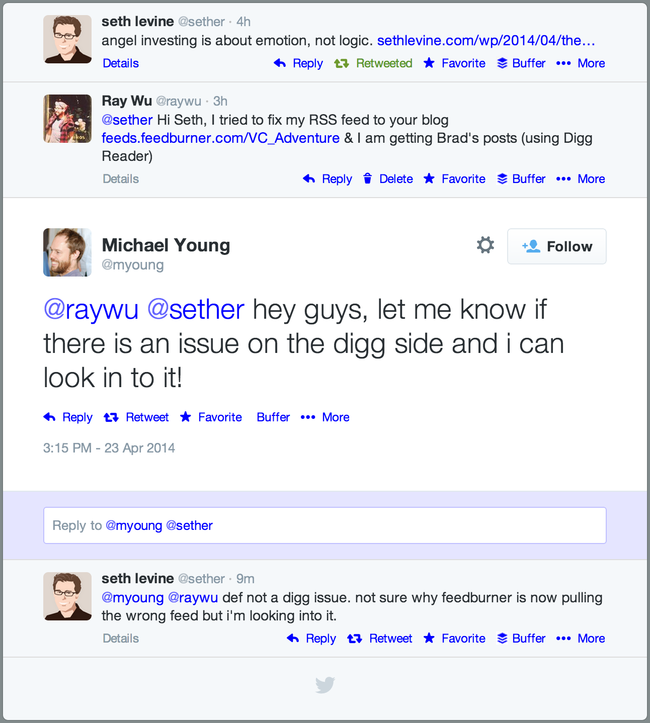 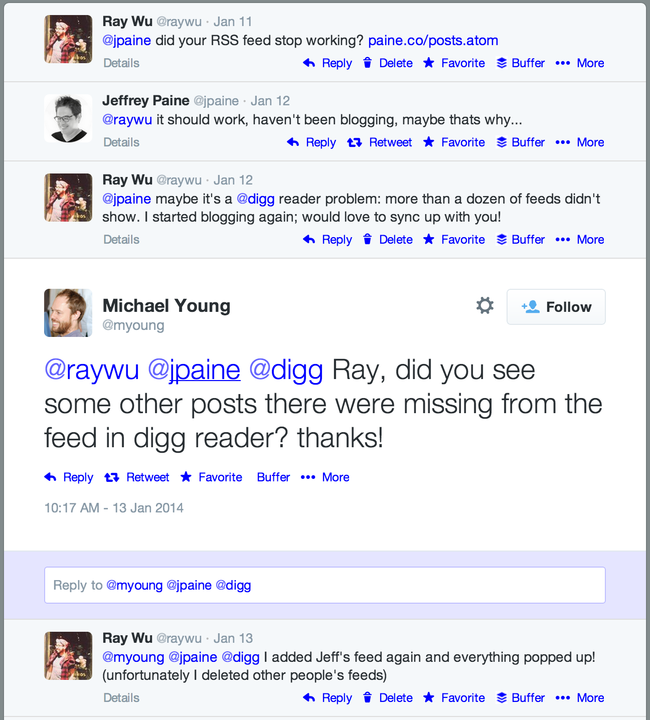 When my RSS feed didn’t work, I didn’t think it was Digg Reader’s fault at all. But it was Michael Young’s personal touch that gained my attention and made me love the product.

This reminds me of a conversation I had with Smitty, one of the best product guys that I know. He responds to every review and comment on Google Play Store, Facebook, Twitter. A few months ago I wrote a blog post after my conversation with Smitty. I recount:

Online anonymity empowered users to exaggerate in order to get attention. Smitty recalled, most users employed harsh tones only to get attention, and he often won them over in follow up conversations.

Here are some examples of Smitty responding to reviews on Google Play Store. 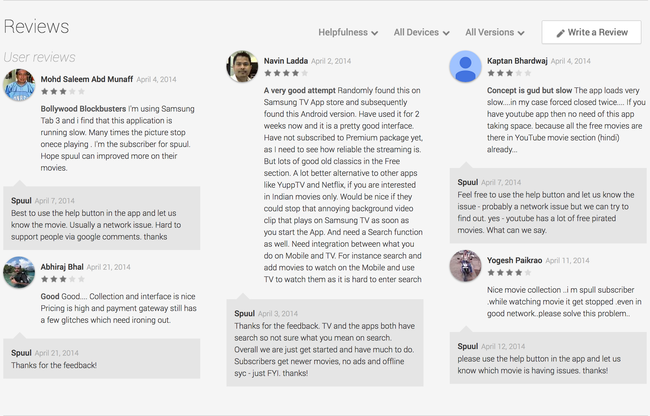 There is no shortcut and quick fix that I know of to add personal touch. It is a grind but from talking to Smitty I know he commits to spending the first hour of his day to respond to all the reviews online. The best piece of advice Smitty referenced? Add some sense of humor and quirkiness to it (source: Tim Ferris on Derek Sivers).

A couple of months ago I was trying to make sense of the onslaught of iOS and Android as a threat to the telecom companies. The relationship here is not a balanced symbiosis. Platform vs Infrastructure (de facto Standard) has been a... Continue →